The gasdynamics of a fluid operating in a thermodynamic region near to or overlapping liquid-vapour equilibrium, as it is the case in Organic Rankine Cycle applications, may significantly differ from that of dilute gases under both a qualitative and quantitative point of view. This difference has to be taken in to account while designing all the system components working in the so called dense gas region, with a special focus on the design of the expanders. Research efforts are needed in order to provide suitable thermodynamic models, CFD solvers and other software suitable to tackle this design problems.

In addition to quantitative departure from dilute gas dynamics, more striking qualitatitive difference are predicted to occur in the non-ideal compressible fluid dynamic region. The presence of well-known thermodynamic processes such as liquid-vapour transition or critical point phenomena may lead to the appearance of “exotic” wave fields including rarefaction shocks, mixed, composite and split waves. These waves are termed non-classical waves, to be contrasted with compression shock waves and rarefaction isentropic waves usually encountered in (classical) gasdynamics.

Despite the numerous theoretical and numerical results and the potential advantages deriving from the exploitation of non-classical gasdynamics phenomena in industrial processes, no experimental evidence of the existence of non-classical phenomena in the vapor phase is available. The NSHOCK project involving the CREA Lab is dedicated to design experiments capable of observing these phenomena and to enhance our understanding of the gas-dynamics involved. 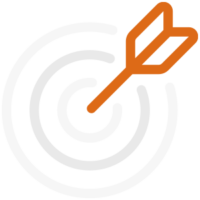 The main objectives of the CREALab are the development of theoretical knowledge, of numerical tools, and of measuring techniques enabling the study of thermodynamics and fluid dynamics of non-ideal compressible flows, which are typical of renewable based power system components, with a particular focus on turbo-expanders. The aim is to increase the overall efficiency and reduce the environmental impact of power production, especially for clean power systems, such as organic Rankine cycles (ORCs) and supercritical carbon dioxide (sCO2) cycles.